Let’s face it. Most of us are going to be more than happy to say goodbye to 2020.  We may not get to have the usual big celebration to usher out the old year and welcome in the new year, but that doesn’t mean we can’t celebrate in style.  The library read through has brought us to a section called Meals and Table Service. The modern word for table service is “tablescape.” This post examines how to build an attractive table for your guests. What great timing for this post with New Year’s Eve right around the corner.

Tablescapes can be really fancy using china and expensive dishes,

and plastic pieces (as in the first image and the one above) or anything in between.

The types of books in this section of the library are again they type in which you can “read the pictures.” Unfortunately I can’t reproduce all the pictures for you. I can only show you some of the books I’ve checked out this time and encourage you to check out these or similar types of books.

If you’re having an extremely formal affair, you may have your meal served to your guests. Many parties use a sort of potluck approach in which the tablescape is made and the food is presented potluck style on another table. There are infinite variations to this approach, but suffice it to say the food itself forms a tablescape on a different table or tables.

Being a practical sort, my overall advice (along with what I’ve gleaned from countless hours of pouring over pictures of tablescapes) is that you want your party to be attractive without a lot of extra work. You will want to be able to concentrate on your guests when they arrive. Choose simple yet elegant party decorations. I personally would probably use a mix of paper and plastic table service pieces (easy to obtain and set up, easier clean up, and not too hard on the budget). Whatever you use, the decorations should set the tone. Often a simple table runner down the center of the table with a few event appropriate decorations will serve nicely without detracting from the actual serving pieces you use.

Do you entertain for New Year’s Eve or any other event? What is your favored tablescape style?

Moving through the library I’ve now read myself into the 641 section. Now I have a problem. You see this is the Food and Drink section and contains literally hundreds of cookbooks. Cookbooks are on on both sides of the aisle and go all the way down to the back wall.

I LOVE cookbooks. I love cooking and I love eating healthy foods. My problem is I want to read all the cookbooks, and try all of the recipes. I could probably stop my read through right here and be content for the rest of eternity with the cookbooks. Unfortunately I can’t do that because Dewey Hop readers are interested in all kinds of topics and the library Director, Greta Grasshopper (She was promoted since we first met her in the blog post Reference and Information Window.),

would eventually notice I wasn’t doing my job writing the Dewey Hop blog. Greta likes to keep things hopping around here so my retirement to the cookbook section is not an option. Therefore my dilemma is how to choose only a few books?

I wish that I could get all the Dewey Hop readers from all over the world together and assign each one a cookbook and a large budget (well I can dream). Each reader would be required to make one representative dish from their assigned book (more if they chose to) and then we would get together and have a huge potluck. All attendees would be given representative meals in freezable containers to take home and everyone’s freezers would fill up with multiple precooked meals.

Alas, my only course of action will have to be to show some of the current cookbooks I have checked out and just encourage all Dewey Hop readers to check out the cookbook section for themselves. The last two impressive cookbooks I checked out were: 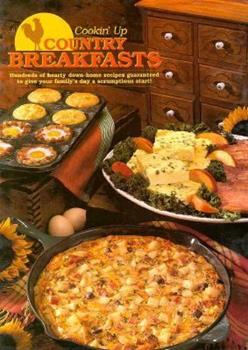 What you cook and eat is a highly personal choice. I recommend eating a healthy and balanced diet whether you are a carnivore or a herbivore or anything in between. Eat foods as close to the original source as possible and I am confident your health will benefit. If you choose to know more you can read all about it in the Food and Drink Section of the library. Food can treat and reverse a number of human maladies if used properly – but that’s a subject for another day. Until then, bon appetit!

Do you enjoy cooking? Do you have any favorite recipes to share? Do you try new foods and/or recipes?

The Greeks are credited with putting potluck meals into practice. The potluck practice itself is Greek although the word “potluck” is American. The Greeks would slowly cook meals and bring them to a centralized location after planting and harvesting were finished. They would make meals with various combinations of vegetables, grains, meats, potatoes, beans, and rice. Today we enjoy these same types of meals which we call casseroles. The word “casserole” derives from the Greek kyathion, the Latin cottia, and the old French casse. Casseroles are baked and served in the same container or dish and are easily transported. Because of their convenience casseroles are quite popular at potluck meals even today. Potlucks provide a way to share food and provide fun social gatherings.  The Greeks valued social interactions as much as the food and as Americans so do we.

The first traceable potluck meal in the  (now) US dates back to the first Thanksgiving at Plymouth Colony. As time moved on modern foods such as canned soups produced by the Campbell Soup Company made casserole and potluck history. Campbell’s ads proclaimed the ease of making casseroles by simply adding a can or two of soup to various foods to make dinners easy on busy American homemakers.

In 1924 a man named Clarence Birdseye II began producing frozen fish and then frozen vegetables. They were a huge hit. Now  meat and vegetables were handy at  any time of the year even when vegetables were out of season.  When the frozen food was thawed it looked, tasted, and smelled just like the fresh food. The American homemaker could now rely on staples in her pantry and freezer.  Meal planning became much easier and faster. The time to cook a meal was reduced from hours to minutes. Clarence Birdseye II became known as the pioneer of frozen foods while producing his Birds Eye brand of frozen foods. Birds Eye products can still be found in almost every supermarket and is known world wide. Though I don’t have time to go into Birdseye’s complete story, he also made significant contributions to the fields of taxidermy, agriculture,  fishing,  manufacturing, and veterinary science.

Because of the changing nature of food storage in cans and freezers block parties and potlucks became quite popular especially during World War II. This was a simple way to share food not to mention that for the first time many American women began working outside of  their homes. For this reason potlucks could also save time. Women could work during the day and attend potlucks in the evenings without a lot of extra work. It wasn’t long before potluck style meals were used at fancy parties, homey gatherings, family reunions, and holiday celebrations just to name few examples. Potlucks remain quite popular at any event in which a large number of people need to be fed.

Reading through the library has brought me to the 641 section, Food and Drink. For this post I have relied heavily on:

Other books I checked out but don’t have time to comment on are:

What was the last potluck you went to? Have you ever hosted a potluck? Feel free to leave comments about your potluck experiences.