TV Shows like CSI, Bones, Forensics Investigators, Snapped, and many more have certainly familiarized most of us with the world of Forensics and Crime Scene Investigation. At least we are familiar with the TV depictions of these events.  As the library read through continues I am finding myself immersed with 360’s books about the way in which real life forensics assists and/or solves crime scene investigations, how forensics contributes to the judicial system, and how these relentless investigators deal with the things they see and do in their line of work as well as many other very interesting aspects of an investigator’s job. TV shows often feature one character doing multiple jobs when doing autopsies. In reality forensics investigators are highly specialized. For instance there are pathologists (who work with soft tissue) and anthropologists (who work with bones), and yet others who process the actual crime scenes just to name a few of the jobs that are done. After a body is removed from the crime scene, it will be sent to a pathologist first for examination of the soft tissue and then the body will be sent to an anthropologist for examination of the bones. All of these professionals contribute to the discovery of clues.  This topic is one that has always been of interest to me, but I realize it may not be for everyone.

Teasing Secrets From the Dead  is written by real life forensic anthropologist Emily Craig, Ph.D. Dr.Craig discusses how her career as a medical illustrator and her love for art led her into making clay models of missing persons and then into the fascinating world of forensics. I found it pretty amazing to learn that art and forensics are very good partners-sometimes in unexpected ways. Doctor Craig also shares some of her very interesting cases throughout her career and how they were solved (or not). In addition to single deaths and homicides, the author has worked multiple death events such as Waco, Oklahoma City, the World Trade Center, fires, plane crashes, and natural disasters.  In describing her cases, the author does an amazing job of highlighting various techniques used to gather forensic information. Additionally, Dr. Craig describes her experiences while in school to become an anthropologist. During her school days one of the things required of her was to conduct research at the Body Farm in Tennessee. While I absolutely loved this book, it is definitely not for the squeamish!

Seldom do I ever mention the author who wrote the forward for another author’s book, but in this case I will make an exception. Kathy Reichs, a popular fiction writer and real life anthropologist, says she writes about her true life cases through her fictional character Temperance Brennan. Many of you may know the Temperance Brennan character through the TV series Bones (making many of the plot lines based on true events) as well as in her own books.  Kathy Reichs says that “Emily writes about her true life experiences through Emily.” For those of you who may be a bit too squeamish to read the above book, you may want to check out the Kathy Reichs books and/or the TV series Bones. 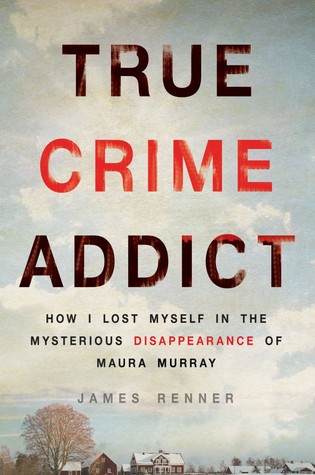 In the course of his investigation, James has put his research online and has hit upon a hidden resource-armchair sleuths. These internet sleuths are interested in Maura’s disappearance and help to review clues that James posts. James calls this motley crew his “Irregulars” (a throw back to Sherlock Holmes’s “irregular” street kids). The Irregulars form a think tank of sorts and make suggestions to James to consider angles he hasn’t thought of as well as sometimes doing some investigatory work of their own to track down leads. James and the Irregulars have uncovered some rather interesting clues and go down some rabbit holes which lead to no where. To date, this crew has some very plausible theories as to what happened to Maura Murray, but have not solved the case.

As an interesting aside to the above story, James Renner also researched clues while trying to find Amanda Berry and Gina DeJesus, 2 of the 3 girls kidnapped by Ariel Castro and highlighted in my post on Predators. During the writing of True Crime Addict, Amanda Berry escaped with her child and all of the girls were rescued. Ariel Castro was arrested and James Renner was at the Cleveland hospital where the girls were taken giving the families advice about how to handle the massive press coverage that was about to start. James Renner had to be in court on an unrelated case and seemed to always be in the courtroom a few floors away while Ariel Castro was being tried in another courtroom on the same days at the same times.

Many people who are aware of forensics and crime scene investigation haven’t stopped to think about what happens when investigators leave the scene. On most TV shows  when the body leaves the scene, the plot line usually follows the body itself or some aspect of the investigation. In real life someone has to clean up the death site and/or the crime scene. In the past, grieving families and their friends (who were probably not emotionally up to the task) were left to this grisly task. However, with increasing awareness of how diseases are spread, handling biomatter has become something to take seriously. Aftermath, Inc. : Cleaning Up After CSI Goes Home by Gil Reavill discusses why this task is best left to professionals. 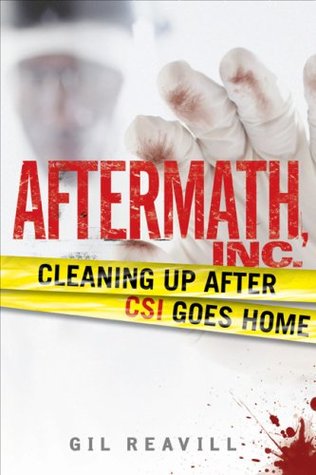 Aftermath, Inc. is a real bioremediation company which you can read about at http://www.aftermath.com/crime-cleanup-services/ . In addition to cleaning up crime scenes, the Aftermath, Inc. company does such things as hoarder cleaning, unattended death clean ups, and industrial accident clean ups among many other services. There are now many such companies, but Aftermath, Inc. is one of the originals and has more experience than most others in the United States.

The book, Aftermath, Inc., is written by true crime writer Gil Reavill and traces this company’s history as well as explains exactly how and why they do the things they do. Even after all the true crime Gil Reavill has written about, he says even he had never stopped to consider what happens once investigators are done gathering their information. When offered an opportunity to job shadow some Aftermath, Inc. employees, Gil jumped right in and learned first hand how to clean up crime scenes. Gil’s first experience was in a hoarder home with a body in a three week decomp state. From there, the author participated in clean ups for mass murders, unattended deaths, and suicides among other situations. According to one of the owners of Aftermath, Inc. if Gil could tolerate a three week decomp and a suicide clean up, he would be able to do anything else required on the job.

I found the book to be very educational and the company to be very respectful to the families they serve. Among the crew members themselves there are sometimes some rather coarse descriptions of things or events, but I believe these are more coping mechanisms to help workers deal with a terrible task-similar to a cop calling a corpse a “stiff.” I was very interested in this subject but again, this book is not for the squeamish!

Have you ever known anyone that needed to use a service similar to Aftermath, Inc? Is this a job you think you could do?