When the majority of us think about pirates, we are likely to think about men with a patch over one eye, strange clothes, a hook in place of one hand, and a sword in the other hand. Sometimes pirates are portrayed with a wooden leg or a crutch and with a parrot on one shoulder. 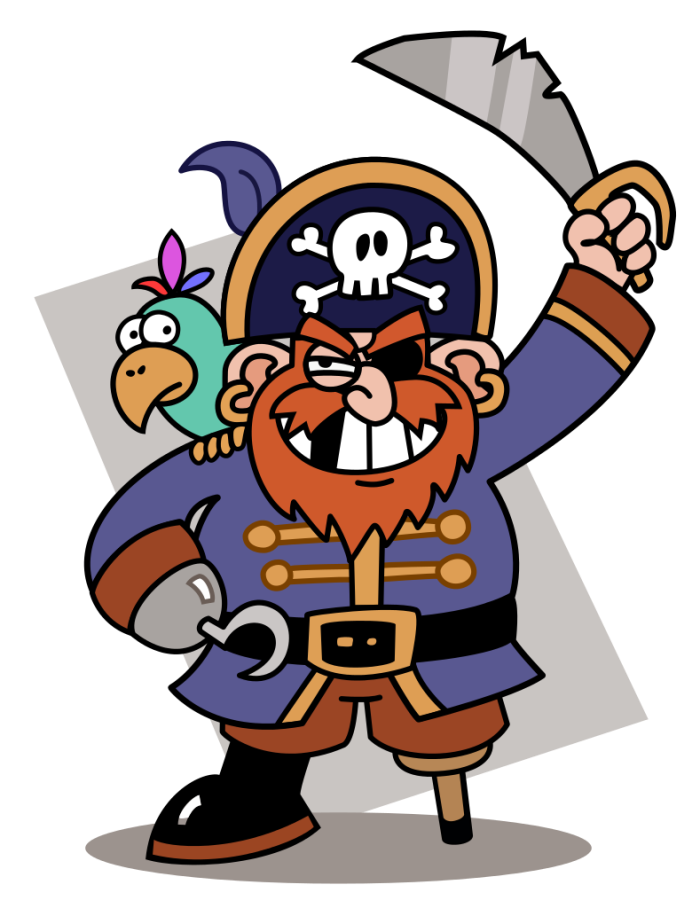 Most of us will never encounter a real pirate (thankfully). Our pirate run ins are likely to be at costume parties and all in good fun.

Hollywood has included and glamorized pirates in movies such as Pirates of the Carribbean: The Curse of the Black Pearl,

A few myths about pirates are:

They buried treasure to find later. While this may have happened on rare occasions, the majority of pirates weren’t future planners. They were in a very dangerous profession and many didn’t expect to live long enough to have to worry about the future.

They made their victims “walk the plank.” There is no evidence of this ever happening. If a pirate was going to execute a prisoner, they would likely just stab the victim. There is some evidence that pirates tied their victims with ropes and dragged them behind their ships. If the ship was moving quickly, the victims were caught up in debris which might cause serious wounds (and thus attract sharks). If the ship moved slowly, the victims would likely drown eventually.

Pirates said “Arrr.” This sound is more of a Hollywood invention.

A few pirate jokes (Answers at the end of the post):

What is a pirate’s favorite restraunt?

What is a pirate’s favorite store?

Why do pirates wear ear rings?

The truth of the matter is that pirating is serious and often violent crime even in our time. The act of piracy is seizing items that belong to others, usually by force. Both men and women have been known to be pirates, although it’s a male dominated crime. 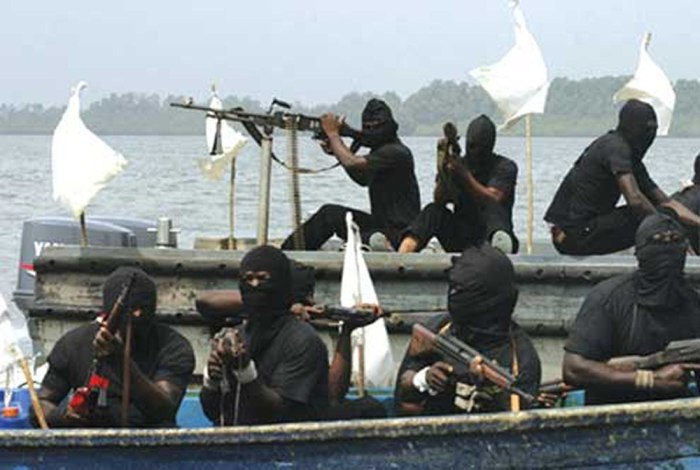 (The above images are from Somalia and Lithuania although pirating happens all over the world.)

Pirates on the sea today make use of technology and modern day weapons. The weapon of choice is an AK-47. Computer systems and radar as well as two way radios are often part of a pirate’s arsenal. Pirates may use small fishing vessels to try to appear inconspicuous. Often there will be a “mother ship” hiding just out of sight. Small vessels are equipped with weapons, technology, and boarding ladders.

The World Atlas of Pirates: Treasures and Treachery on the Seven Seas – in Maps, Tall Tales, and Pictures by Angus Konstam is a very interesting and informative book.

Although this book deals with piracy all over the world, for purposes of this post I will mostly discuss American piracy.  In order to understand American pirating, though, we need a bit of background about pirating in general.

High seas pirating has probably existed ever since there were ships. However, the hey day of pirating was in the 18th century when many wars were fought at sea.  At that point in time it was sometimes even legal.  If a pirate’s country was at war, it was actually encouraged to attack and plunder enemy ships. Governments couldn’t call this activity “pirating” so they called it “privateering.” To become a privateer all a person needed was a ship and a government permission letter called a “letter of marque.” As long as a ship’s captain had a letter of marque, all attacks on enemy vessels (which loosely translated was any vessel not belonging to the captain’s country or any vessel that fired upon your ship) were perfectly legal. If, however, a ship’s captain was captured and failed to produce a letter of marque, he could be tried and hung as a pirate.

American privateers had become a serious menace to British ships in American waters by 1775, capturing around 30 ships by the winter of 1776 just off the Boston coast line. However this conflict between the British and the Americans was happening from the New England colonies all the way south to Charleston. By 1777 American privateers had captured over 3,000 British merchant ships. Privately owned American privateering ships had grown to an impressive fleet of 449 vessels by 1781.

A privateer / pirate named John Paul Jones is generally credited with being the founder of the US Navy.  John’s surname was Paul. John  was born in Scottland and at the age of 13 apprenticed aboard the Friendship.  After the Friendship he served on several British merchant ships. He became a captain in 1770 at the age of 23. During a dispute in 1770  John Paul killed a crew member.  At this point in time he fled to America and added the name “Jones” to his full name. When the Americans began to rebel against the British in 1775, John Paul Jones offered his services and was commissioned as an officer into the fledgling US Navy. Jones first served as the second in command on an improvised warship the Alfred which cruised the Delaware River. In 1777 he was put in command of the USS Ranger, an 18 gun brig. The USS Ranger set sail from Portsmith, New Hampshire on the way to France. After just a month at sea the USS Ranger arrived in Quiberon Bay having captured two British ships on the way. In Quiberon Bay, the French gave the first official salute to a ship bearing the brand new American flag. Because of his service, John Paul Jones was considered a hero by the Americans and a pirate by the British.

If a privateer captain could capture a particularly good enemy ship with rich cargo (often called a prize), then his own ship could be paid for with one prize and also enable him to pay his crew. As wars dragged on and more prizes were captured, the privateer captain was able to buy more ships and increase his fleet. Governments were paid 10 percent of a prize and were able to use privateers as cheap and effective resources which generated money for the various governments. During this time period a good yearly salary was around $50. Capturing one good prize might generate $500 for a single privateer for doing just one job. When wars ended, privateers sometimes were tempted to turn to piracy rather than return to lesser paying respectable professions. 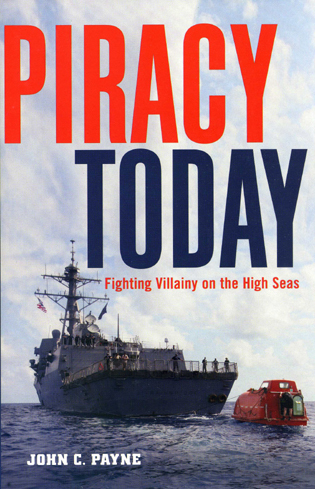 One of the most interesting things that I read in this book was that the United States is using drones to effectively bring pirates to justice. Drones can fly over the seas looking for and taking images of suspicious crafts and crews. Of course drones can be spotted so pirates sometimes try to use camouflage or try to outsmart the drones. Some pirates have attempted to move under the cover of darkness in order to avoid being spotted by drones. In one example a drone flew over a pirate ship, taking pictures of the crew and equipment aboard the vessel. Images and radio messages are relayed to US ships in the area. Officials are already on the way to the spotted vessel by the time the pirates realize they are being watched. One pirate crew threw a boarding ladder and other things overboard trying to avoid detection but because the drone had captured images of the crew and cargo, those pirates were picked up and arrested. Moving under cover of darkness does no good since the drones are equipped with night vision.

Did you know the US Navy was started by a pirate? Have you heard about drones being used to fight pirates?

Because they are a buck an ear