Chugging along in the 380’s I’ve come to a section about trains and railways. To fully appreciate how far trains have come and where they are headed, we must first look to the past; way in the past.

Some books to help us learn the history of the railways are:

Greeks and Romans had very different ideas about transportation. The Romans built roads all over Europe in an effort to make travel easier. Greeks on the other hand seemed to have been of the opinion that roads were too much work and decided to use a rut system which was carved into rocks. Greek rutways became the forerunner of the modern railways.  Ruts were just wide enough for a cart’s wheels to fit into and the ruts would help to guide a cart along its way. In various places of the Mediterranean area remains of the rutways can be seen. Rutways were actually quite sophisticated with sidings and passing loops. As much as possible the rutways or tracks ran along contours on a level grade.

Despite their level of sophistication, rutways had some definite disadvantages. First the rutways were impossible to build unless rock layed directly beneath the surface ground. This meant that rutways could only be built locally in certain spots. The carts that were used on rutways were not restricted to the rutways and therefore worked just as easily on Roman roads or even off-road. Because there were more disadvantages with ruts, they were virtually abandoned during the Dark Ages.

It wasn’t until the Industrial Revolution that railways as we know them began to be used.  Miners needed to move heavy loads over rough surfaces without hitting the mine walls. Circa 1530 textbooks in Germany began to show illustrations of mining which portrayed railways of one kind or another. The illustrations showed large wagons with flanged wheels that ran along wooden tracks. This arrangement was very helpful to the miners. Once the materials were out of the mines, then what? It was because miners needed to transport large heavy loads above ground and to various port destinations that railways finally came out of the mines. It wasn’t long until railways were built leading down to navigable waters. By doing this, miners could easily get past rough and often muddy roads. By the early 1600’s there were over 20 separate railways in the Newcastle on Tyne area.

It is believed that Richard Reynolds made the first successful iron rails. The iron rails reduced repair costs and doubled the payload a horse could deliver. Once railways began to demonstrate their practicality they began to be used more frequently. Originally railways were oval shaped but in 1801 the flanged wheel was reinvented by Benjamin Wyatt. Wyatt’s wheel featured a concave groove and sported a double flange. The new wheels wore out quickly on the oval tracks. Wyatt then tried his wheel with a flat topped rail. Flat topped rails contained the advantage of being able to be used in many places without danger of derailments. Once flat rails began to be used, there were local areas that used horses to pull railcars.

When steam power was introduced railways were transformed. In 1769 Nicolas Cugnot invented the first self-propelled vehicle. It was a three wheeler and ran briefly on public roads. In 1784 a student named William Murdoch built an experimental steam locomotive. A number of attempts at steam powered road vehicles by several people eventually led Richard Trevithick to be the first person to try his steam locomotive on the railways. Unfortunately Trevithick’s  locomotive made a successful maiden voyage with a loaded train but tore up the rails in the process. However, the practicality of a steam powered train was proven. Trevithick’s ideas were eventually reexamined by other engineers who were able to reduce the weight of the locomotive and make improvements to the wheels and exhaust system. Various upgrades and improvements were made to the the engines and train cars and by the 1820’s some railways had begun hauling freight and a few also hauled passengers on private railways.

Public railways did not yet haul people since the majority of people at that time were afraid of the locomotives. Horses were alarmed by the noises the trains made, sparks from red hot coals leaving the train’s chimney started fires, and thick black clouds caused complaints. As long as the trains ran on private railways there was nothing to prevent their operation. Laws would be needed before trains could run on public rail lines.

Improvements to railways and locomotives continued with most of the activity happening in Britain while other countries watched with interest. John Stevens, an American, was paying very close attention. Stevens built a small experimental engine and proved it could run on a circular track. Stevens engine was more like a toy, but learning to navigate curves would be a major advancement in railways.

In 1829 the Delaware and Hudson Canal Co. became the first company to buy locomotives from England for use in America. They were used on a 16 mile track that ran from the wharf at Honesdale, Pennsylvania to the mines at Carbondale. The first full sized engine to navigate a curve (and a perilous bridge) was the Stourbridge Lion.  Unfortunately the engines were not cost effective and were still tearing up the tracks.

Because certain cities like Baltimore were cut off by hills and had no possibility of building a canal to help transport payloads the only answer was to build railways. Though mining companies had limited objectives others had a wider vision. Charles Carroll was the last surviving signer of the Declaration of Independence. He laid the railway’s first foundation stone and accompanied the act with a speech in which he said  he considered laying the foundation stone “the most important act of his life.”

By about the mid 19th century, locomotives had proven their value.  They were being used to transport mail and the populace was beginning to realize that other merchandise could be transported reliably and easily over the rails. At that time, locomotives reached an impressive speed of 10 miles per hour and were more reliable than horses. In the United States public railroads began to be built.  Circa 1870 rail networks were connected and people were being routinely transported as well as freight. By the end of the 19th century locomotives, rails, and safety had all improved dramatically.

By 1914, railroads in America were more technologically advanced and resembled our modern railroads complete with automatic signalling systems pioneered by Westinghouse. This technology was quickly adopted by other countries around the world.

Technology and all railroad related issues continued to improve to our modern day. Two other books I was interested in were: 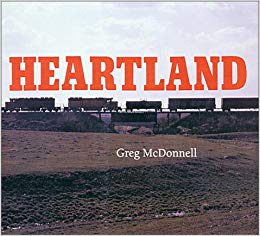 In Indiana, freight trains are still part of our daily life although some rail routes are beginning to disappear (perhaps a topic for another time). On odd occasions we might spot an Amtrak train, but there aren’t too many passenger trains in our area. While the information in these books is very good, I was particularly impressed with the photographs in Heartland.

As trains continue to improve, they are becoming more futuristic. Below are some trains already in or could be in operation in parts of the world. To my knowledge, these sorts of trains are not in the US: 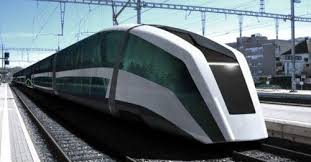 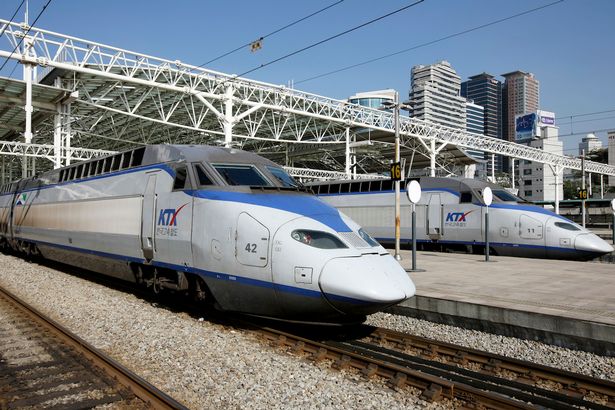 Have you ever ridden a passenger train? Do you frequently see freight trains in your area?