Having finished the 100’s  I have now moved into the Religion section; 200 in the Dewey Decimal system. This section is slightly split up in the Fulton County Public Library’s main branch. The 000-100’s start along a back wall and then move in to the 200’s on the far end. 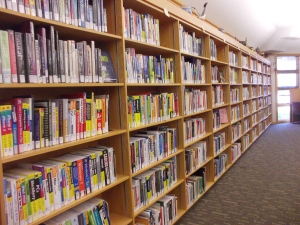 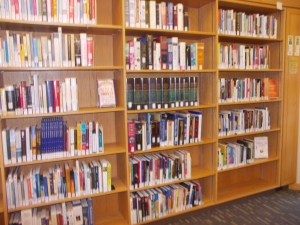 and then moves to a long shelving unit 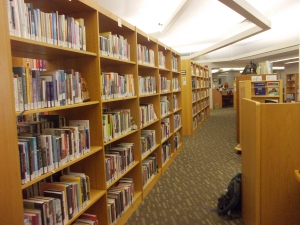 and across the aisle. 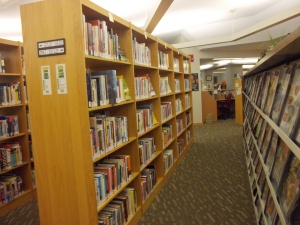 As you can see from this last picture, there are other available library resources in front of where the Religion section moves to the long shelvling unit. Because of the way this section is divided up, I had to make a decision of how I was going to approach it.

I am pleased to report that I’ve actually read through the entire back wall. The Religion books in this section go from 200 to approximately the 240’s. These numbers include such topics as Religion (of course), Philosophy & Theory of Religion, The Bible, Christianity, and some books on Christian Practices & Observance. Christian Practices & Observance continues on the long shelving unit. 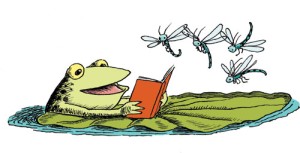 One of my favorite things to do around the lily pad is to relax and read a good book. Since I happen to be employed by the Fulton County Public Library, I am surrounded by good books. Even If I worked elsewhere I would still be making frequent trips to the wonderful world of books found at the library.